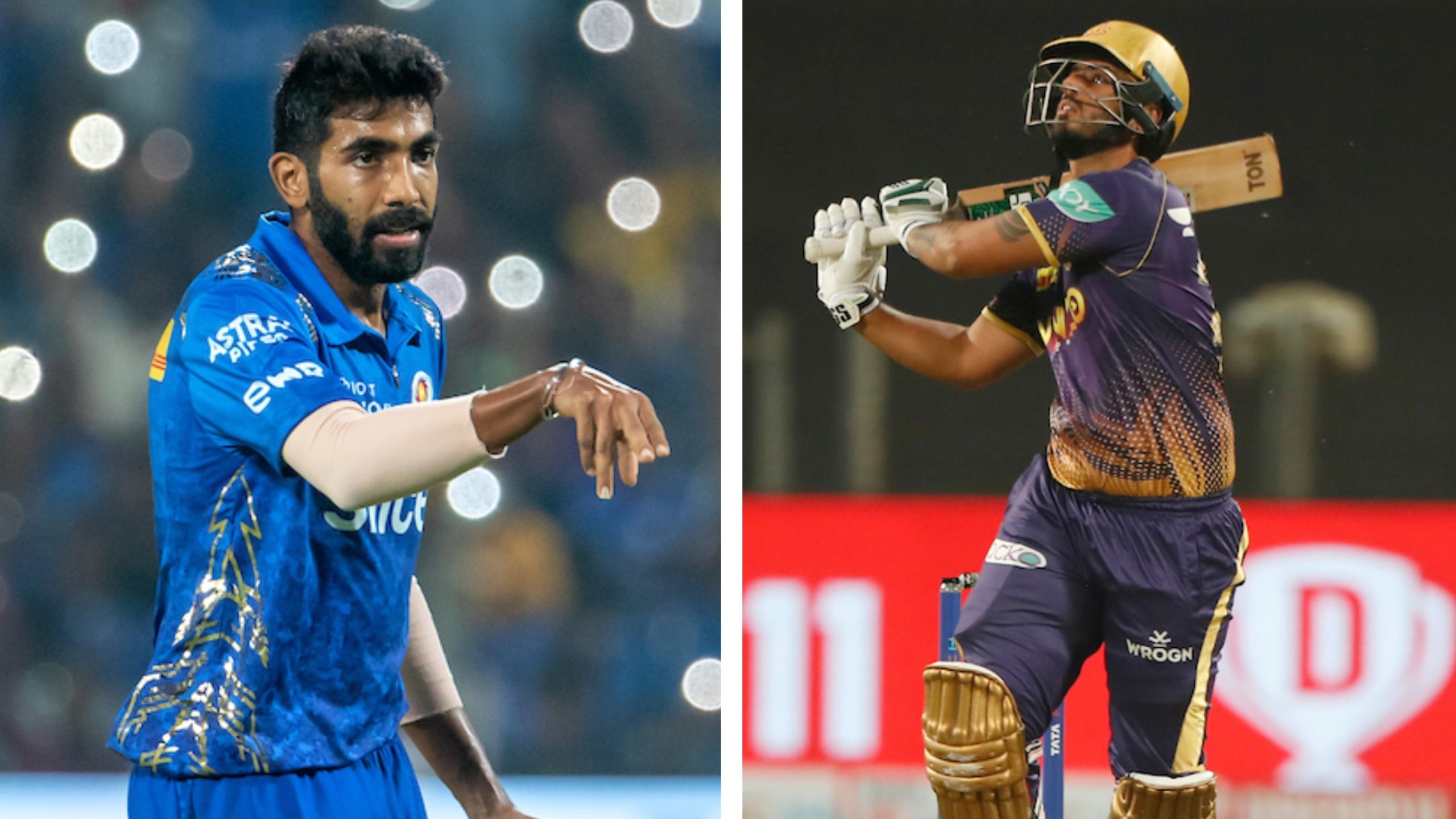 Action has been taken against two players after the match between Kolkata Knight Riders and Mumbai Indians in IPL 2022. Kolkata batsman Nitish Rana has been fined 10 per cent of his match fee. At the same time, Mumbai fast bowler Jasprit Bumrah has also been warned. However, no penalty has been imposed on them. It is not yet clear how the two players have violated the rules of the IPL. In this match, Kolkata defeated Mumbai by five wickets and registered their third win of the season. With this win, Kolkata’s team has come to the first position in the points table.

In the statement issued by the IPL, it has been told what punishment has been given to both the players. Along with this it has also been told that both had committed a crime of the first level, but what exactly was the crime and when did it happen. No information has been given about this.

Rana admits mistake
In the information given by the IPL, it has been told that due to the violation of the IPL code of conduct, 10 percent of Nitish Rana’s match fee has been deducted. Along with this, they have also been warned. He had violated the IPL code of conduct during the match against Mumbai. Rana has accepted the first level offense and the punishment given for it.

Whereas no monetary penalty has been imposed in Bumrah’s case, but he has been warned. He was also found guilty of a first level offense and was let off with a warning.

In first level offences, the decision of the match referee is final and the players are obliged to abide by that decision.