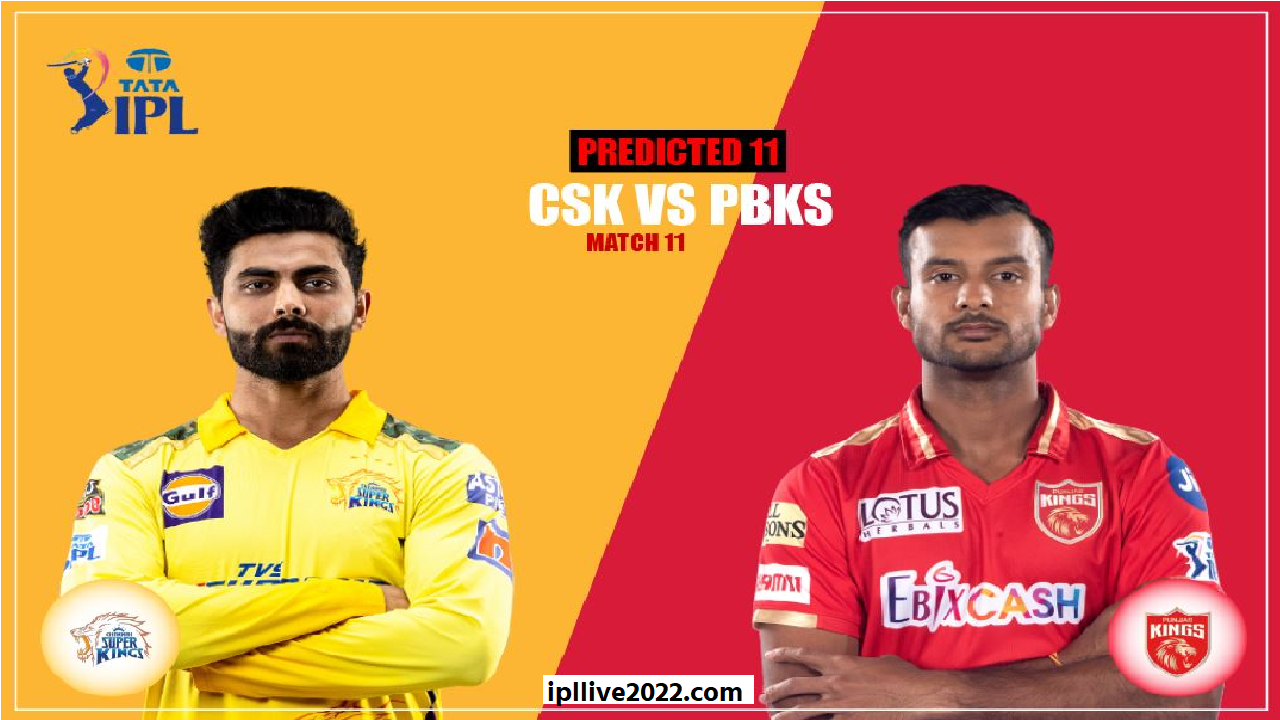 CSK vs PBKS Prediction Playing 11: In IPL 2022, today the match between Chennai Super Kings and Punjab Kings will be played at the Brabourne Stadium in Mumbai. CSK’s team has lost its first two matches and would like to get back on the winning track today. On the other hand, Punjab had to face defeat against KKR in their last match. In such a situation, both the teams will bet on their heels to win. Ravindra Jadeja will lead Chennai Super Kings. Mayank Agarwal will lead the Punjab Kings.

Looking at the statistics between CSK and Punjab Kings, the Yellow Brigade seems to have the upper hand. A total of 26 matches have been played in IPL between CSK and Punjab Kings so far. In this, Chennai has won 16 matches while Punjab has won 10 matches. If we look at the results of the last five matches between the two teams, here too, CSK have a huge advantage. Chennai has won three out of five matches while Punjab has won two matches. Let us tell you with which 11 players Punjab can handle today.

The opening pair of Punjab Kings is set. Right handed batsman Mayank Agarwal and experienced left handed batsman Shikhar Dhawan will come together to the crease. Both the batsmen did well in the first two games and the team is looking forward to a good start from both of them.

Bhanuka Rajapaksa is in good form and Punjab team will be expecting a big innings from him. Liam Livingstone has not performed according to his ability so far, so he would like to prove himself by dominating the CSK bowlers. If Jonny Bairstow returns to the team, then either Raj Bawa and Odin Smith will have to sit out. Shah Rukh Khan will once again be expected to play the role of a finisher for the team.

If Odine Smith does not perform well, then he can be replaced by Sandeep Sharma. The responsibility of Punjab’s bowling attack will rest on the shoulders of Kagiso Rabada. He will get the support of Sandeep Sharma and Arshdeep Singh. Harpreet Brar and Rahul Chahar will take over the reins of the spin department.

So far two matches in IPL have been played at Brabourne Stadium. During this, high scoring matches have been seen. Dew is playing an important role in the match of the night. Due to the dew, it is becoming difficult for the bowlers to catch the ball. In such a situation, winning the toss, the captain would like to bowl.

FAQs On CSk vs PBKS Prediction:

Who Will Win Today?

The Winner Of today’s Match will Be Announced At The End Of Match.